The Urban Decay Naked Skin Concealer has been my holy grail concealer for ages now and a lot of people seem to agree, as it is one of the most highly rated concealers out there. It used to be number one worldwide until the Tarte concealer was released which managed to claim some people away from the Urban Decay. Unfortunately, Tarte has almost no presence in the UK but I have managed to try it out. Check out: Battle ofRead more

I’ve been nominated for the “Most Inspiring Beauty Blog Award” by Coupon. 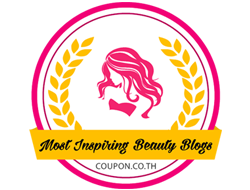